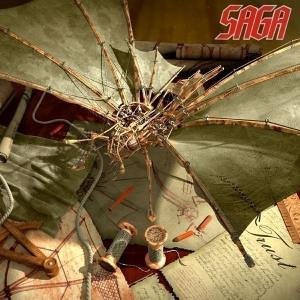 Saga has finally reached a good, stable platform on their last albums. Both Marathon and Network was very good albums. Trust is following down the same path. That means a return to the Saga trademark sound from the late 1970s. A sound only Saga does. A sound that has gathered them a pretty huge, loyal following. A following they survives on.

Trust has the right sound and all the usual Saga trademarks. Unfortunate, it does not really have any great songs though. It feels like Trust is an album they have churned out for their loyal fans while they are trying to write some better songs for their new album. The result is a good album who does nothing wrong and not much right either. A standard Saga album. A bit of a dull album.