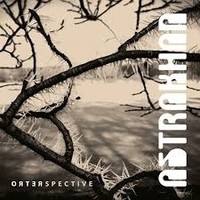 The debut album from this retro hard rock Swedish band.

The album title really says it all. This is another retro hard rock album from Sweden. A country where the retro hard rock scene is very strong now. I have been through some albums from this scene now.

Style wise, this album reminds me about Whitesnake and the hard rock scene in the late 1970s. You get the thunderous guitars, Moog, bass, drums and powerful vocals. The vocals is great. The music is also very dark and somber. It is also very progressive symphonic. Fans of hard, dark prog rock will lap up this album like a cat is lapping up a bowl of milk.

This fifty minutes long album has a lot of good songs. All of them are good. There is no great songs here though. The sound is great though and ditto for the vocals. This is a very good album which I am sure will win the band a lot of fans. If you like good 'ole hard rock; this is an album you need to get.