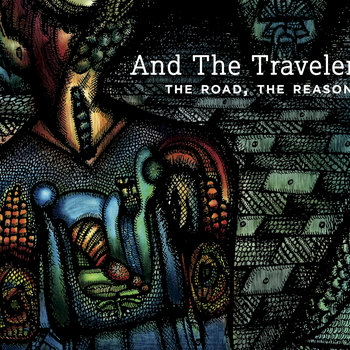 The debut album from this US band. A band from Yonkers which is a suburbia of New York. Up the Hudson River to be more precise. It seems to be a good place.

The Road. The Reason is an old fashion 2 CDs concept album. 83 minutes of music to be precise. This is not a symphonic prog album though. Take indie rock and add some jazz to it. Radiohead is a good reference. But The Road. The Reason has a lot more jazz and ambient music than Radiohead has ever included in their albums.

The music is performed by guitars, bass, drums, Chapman stick, sound samples, keyboards and Tom Yorke like vocals. There is also a lot of vocal harmonies here.

The result is a very airy, experimental album. An album it is easy to like despite of the lack of any really great songs. The music is good throughout. But it is really lacking some great music. 83 minutes of this music is also one heck of a mouthful to bite over. The Road. The Reason is a very ambitious album and project. I wish this band well although this album is not my cup of tea. Link to their Bandcamp site below where the album is streamed.