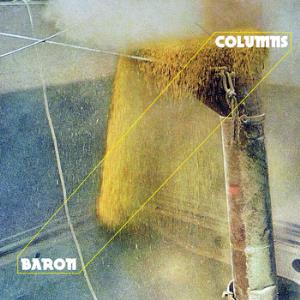 The debut album from this band from Brighton, England. Baron was formed by two ex- Diagonal members. Diagonal in effect split into Baron and Diagonal before Diagonal's 2012 release The Second Mechanism.

In Baron's case, the result is this album, Columns. A free Bandcamp album and an album hailed as one of the best albums of the year by some. It is certainly an album that leaves it's marks. I understand those who has become bewitched by this album.

The music on this one hour long album can best be described as a mix of trip-hop, krautrock, post rock, pop aka A-Ha, eclectic prog, psychedelia, psych, indie, alternative and funk. The music is very pastoral and ambient throughout. It is also very melodic with surprisingly many great melodies and details. Alex Crispin's vocals is superb. He is backed up by a lot of synth, woodwinds, electric guitars, bass and percussion. This creates a great ambience and mood throughout this album. An album where less is more. Much more than most bands creates with a full frontal aural assault. Everything here is understated and still very powerful. That is what this album is all about.

The result is a great album and one of the best free downloads albums on Bandcamp. It is an album you ought to have. As simple as that.