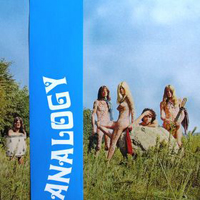 The debut album and the first of in total three albums from this Italian psychedelic rock band before they were disbanded around the end of last century.

The music on this forty-five minutes long album is dominated by the vibrato and totally over the top female vocals from Jutta Nienhaus. It is like listening to a fog horn. She is supported by guitars, Hammond organ, bass and drums.

The music here is not particular hard or spaced out. The music is mostly poorly performed and it is not particular interesting. The rhythm section offers up nothing of interest. Bang bang and thump thump. The saving grace here is the Hammond organs who is pretty interesting. In particular when taking down the tempo to a more ambient level. A level the band is sufficient enough to master.

This album is not horrible. It is just decent with some interesting Hammond organs now and then. Hence my verdict.