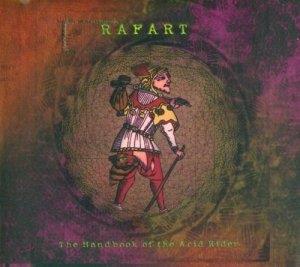 Rafart is the Chapman Stick player Francisco Rafart plus a guitarist and a drummer. Their music is instrumental throughout. Instrumental music somewhere between symphonic prog, eclectic prog, new age, fusion, jazz, movie soundtracks and electronica. Francisco is the dominant player here on the stick.

The first part of this forty-five minutes long album is the most interesting part with a lot of good details and melodies. Elegant melodies where the stick really proves it's worth as an instrument. Parts which probably makes more musicians want to buy themselves a stick.

The final ten minutes is not that interesting though and the album ends with a pure electronica house piece which sullies my good impression of this album. My other gripe with this album is the lack of some really great stuff here. There is none and the album tends to make me nod off too many times. Yes, I agree that the stick is a very impressive instrument and that Francisco Rafart is a great player and that this band has a great future if the art of song/melody writing too can be mastered.

This though is a very promising good debut album well worth checking out. I believe it is being streamed at Progstream. Check it out.