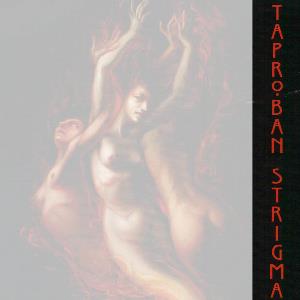 Taproban has always been associated with ELP like symphonic prog. And they will remain so after this album too. Although that is slightly misleading. But only slightly misleading. Taproban is a three piece band with keyboards, guitars, bass and drums. Lots of keyboards, I have to add. This is indeed a keyboards album where the other instruments are only playing a supporting role.

The music is not particular in the ELP vein either. The first of three compositions are a Genesis homage, no doubts. Genesis anno Foxtrot. Sixteen minutes of it too. The two other compositions on this forty five minutes long album is more a mixed bag to say at least. Although instrumental, there is a lot of avant-garde and zeuhl melody lines here too. Some vocals pops up on the final part of the final minutes here. A pretty pastoral composition too.

The first composition is almost a great composition. That if you love Genesis. The final two compositions is decent to good compositions and a bit of a let down. The end result is a good album which should appeal to anyone into symphonic prog. Get all five Taproban albums if  that is your cup of tea. Strigma is not their best album.