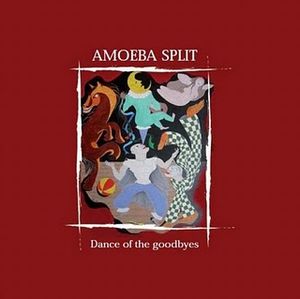 The debut album from this Spanish band after their self titled EP in 2003. The band is not particular active when it comes to the studio in other words. Let's hope they are still around.

Amoeba Split is a pretty jazzy band. I have seen them being put in the Canterbury prog genre. Hence my purchase of this album as that is one of my favorite genres. I have no objections to that label on their music. I do feel that their music is on the cool and detached side though. The female vocalist has a pretty cool voice. Almost a lounge jazz voice. Well, she has a lounge jazz voice. Her name is Maria Toro, btw and she also contributes with flutes here. The other instruments are woodwinds, piano, keyboards, bass, guitars and drums. A pretty jazzy setup in other words.

Their music has been compared to Soft Machine. Well, we talking Softs and Bundles era Soft Machine. Not to mention Land Of Cockayne. The music is never as intense as on their Third  to Seven. The music is also mainly instrumental throughout. Pierre Moerlin's Gong and Caravan has also been mentioned as a reference. I also agree with that.

This is indeed a cool album where my only gripe is the lack of any really great songs. It falls a bit short in several areas. I like my jazz a bit more intense too. This is nevertheless a very good album which I would really recommend to everyone. The band should get together and release more albums.