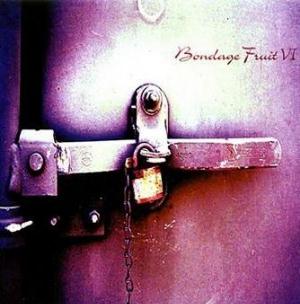 The sixth and so far final album from this Japanese band.

Bondage Fruit started out as a great zeuhl & avant garde band before they lost their way with two dubious albums. VI sees them back in the saddle again with a fusion album in the Mahavishnu Orchestra vein. Add a great deal of blues and the Moerlin percussions from Gong and you to a large extent has got this album.

The band use a great deal of guitars, violins, percussions, bass and drums here. The music is at times pretty intense too. The guitars are very blues orientated on this album. Far more than the guitars in Mahavishnu Orchestra. Bondage Fruit has carved out their own niche with this album. There is also some folk rock here too. Subtle, but still present. The violins adds a Jean Luc Ponty feel to it all too.

The end result is a good album which does not have any great tracks, but still restore their reputation a great deal in my view. I wish they could had continued what they did on II, but that was not to be. Check out this album.