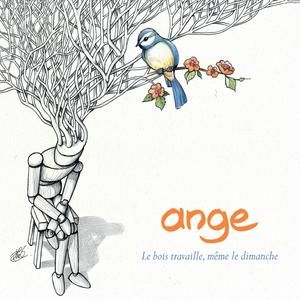 Ange released some great albums in the 1970s and only a few sporadic good/great albums for the next three decades. I had heard a lot of positive things about this album and went for it. I was in for a big surprise.

First of all; neither their sound or music is a copycat of their previous albums. On the surface, that is. Rhythms has got a bigger role to play on this album. There is also a lot of electronica here. When I scratched the surface after the first listening sessions, I still found the good old Ange. But new times = a refreshed sound.

I guess Christian has got new inputs from his son Tristan too (on keyboards) and that may have inspired him a bit. The good old theatrical vocals and music is still very much present, indeed the dominant factor on this album. It is a theatrical album in the good old Ange vein. Christian sings beautifully again. The rest of the band also does a great job.

The songs are also great here. From the shock opener Des Papillons which made me wonder what Ange were up to this time and on the rest of this seventy minutes long album. This is indeed French symphonic prog, but with a big twist. The music is still grandeur and majestic as heck with long instrumental runs which makes me a happy man. The guitars still plays a vital part here. But with a twist...

This is a great album and an essential album for those into Ange. I highly recommend this album.