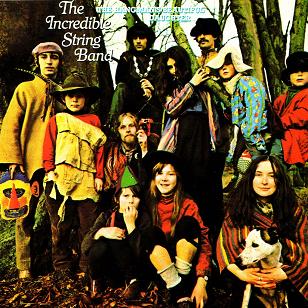 Their third album in as many as three years.

The Incredible String Band were a Scottish band who released thirteen studio bands between 1966 and 1974 before they split up. This album is pretty typical for their music. Pretty monotone atonal vocals driven folk music with sitars, percussions, acoustic guitars and a bass. Very primitive music.

In the case of this album, we get almost an hour with this type of music. I am not a big fan of vocals driven music unless the vocals is great. The vocals here are not great. The only good thing about this album is a couple of good songs and the sitars which sometimes is allowed to breathe on their own. The rest of this album is pretty decent though. I like folk music with more instruments and focus on melodies than what these Scots comes up with on this album. This album is not for me and neither is is any good.