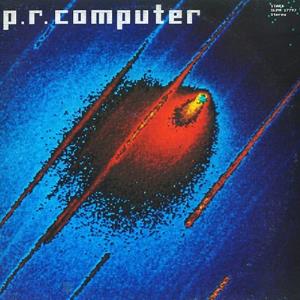 The third album from this Hungarian band. A band with classically trained musicians. A band who released three very different studio albums.

P.R Computer is an entirely computer electronic album. Some of the music sounds like a 33 LP played on a 45 Single speed. Yes, we have all done it on our own LP players and it is no longer any fun. Other parts of this album has a more ambient feel. It still sounds computer generated and very cheap. It is a very cheap copy of Jean Michel Jarre.

OK, this album may have been quite adequate in 1983. Compared to today's electronic music, it falls flat on it's face. It sound so cheap, so 1980s and so desperate bad. It is a turkey of an album. But you don't have to take my word for it. Download it yourself from the link below.