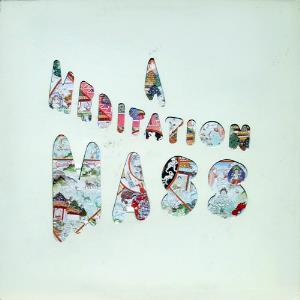 My house/blog is full of one albums only bands (albums, that is...) and this is one of them. This band comes from Germany and they played krautrock.

What happened here was that Achim Reichel became so impressed by a jam from a heavy metal band Brontosaurus that he offered them a record if they, for that album, changed their name to Yatha Sidhra. A change of musical direction also followed.

The new musical direction was cosmic krautrock. Very much in the vein of Achim Reichel's own band/project A.R & Machines. But not quite so electronic.

Actually, there is a great organic sound on this album. Mostly due to the enchanting flutes which carries some of the melodies forward. There is also a lot of bass, moog, percussions, drums and guitars here. The band was a four piece band, btw.

This forty minutes long album, which contains the title track divided on four pieces, have some very good stuff indeed. There are also some not so good stuff here. It is a cosmic krautrock album I really like and will enjoy again sometimes in the future too. It is a good album, well worth checking out.