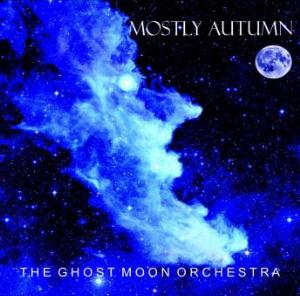 The tenth album from these British veterans and genre creators.

Mostly Autumn can fully take the credit/blame for creating the recent wave of female fronted prog rock bands. Heather Findlay was the queen of this genre for a while. Olivia Sparnenn has now taken over the vocal duties for Mostly Findlay. That in addition to the male vocals of Bryan Josh.

Personally, I would have liked a lot more Olivia's vocals and far less Bryan's vocals on this album. An album which follows on from their Go Well Diamond Heart.

We still get this mix of female and male vocals backed up by keyboards, guitars, flute, bass and drums. The usual lineup.

The best track here is the title track with some great vocals by Olivia. A kind of a children rhyme song. Besides of that, the music on this album is pretty much standard Mostly Autumn fare. A mix of prog rock, rock and some pop music. A mix of Keltic music and commercial rock. All of this very much Great Britain and British culture.

I feel the band is threading water here and is bogged down in their formula without really coming up with something great. This is not a bad album. Neither is it a great album. Hence my rating.