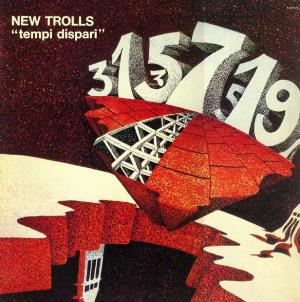 The live album from this short lived off-shot of New Trolls.

No, this is not live versions of the songs on their self-titled debut album. This is entirely a different kettle of fish.

Where the studio album was Italian progressive rock, this live album is entirely jazz. I would perhaps call it fusion too. It is on the more jazzy end of the fusion spectrum.

Vittori De Scalzi plays guitars here and he is joined by sax, flutes, bass, drums and keyboards. There is no vocals here. This half an hour long album has a rather muddy sound. It is still an acceptable recording.

The jazz/fusion here is pretty intense and at times; leaning towards avant-garde too. The saxophone, guitar and keyboards is leading the melodies. The music reminds me a lot about Soft Machine at times.

The end result is a good album. Nothing less and nothing more. Nevertheless; I prefer a lot of other jazz/fusion albums to this one.