Whitewater - The Sound of a Galaxy Smashing (2013) 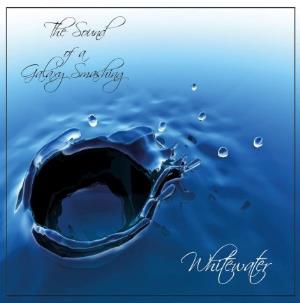 The debut album from this British duo which handles a multitude of instruments. Their names is Paul Powel and Stuart Stephens. Their instruments are bass, guitars, drums, keyboards and some vocals.

Both members are not boyband material and I guess they have been tinkering for many, many years before they came up with this cooperation and album. Which is a great thing to do. Tinkering is good.

The sound is not the best here and the music is in the David Gilmour era Pink Floyd mode. That and a lot of ambient stuff. The emphasis is on creating moods and ambience here on this fifty-five minutes long album. There is a lot of samples here and some passages with spoken words.

The main focus here is the guitar though. The guitar playing is meandering from ambient acoustic to full on chugging all out assault. Both without making much headway.

The end result is not really hitting the target, I am afraid to report. The music is far too pedestrian and is lacking some good tunes and themes. It is a debut album and it gives scope for improvements. They released another one in 2014 and I hope that is a much better album. This album is merely a decent album.