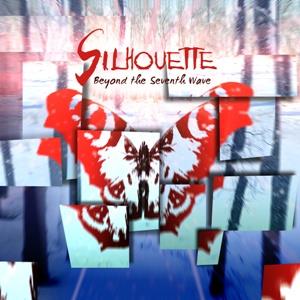 The fourth album from this Dutch neo-prog band. One of the best Dutch bands in this genre.

The expectations to this album had been raised sky high after their previous two albums. This five piece band has really impressed me. It goes without saying that my pulse rate was raised a lot when I got this album.

The lineup is still dominantly keyboards, guitars, bass, drums and vocals. The vocals is great as always. Ditto for most of the instruments.

I cannot remember this band doing instrumentals before. But there are some on this album. Both long pieces and short ones. This in addition to the usual Silhouette fare of intelligent neo-prog melodies and songs. I am surprised. The album art work also surprised me a lot. It seems cheap and a cheapening of the Silhouette brand.

The songs here are not as bad as I expected, based on the cover art-work. A lot of the songs are very sugary sweet though, bordering to too sweet and sugar overdoses. But.... my main gripe is the lack of any really great songs here. All the guitar and keyboards solos is great. Ditto for the vocals. Nevertheless; this album is one step back for this band. I both hope and believe the band will recover from this album.