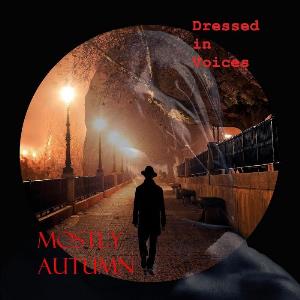 Their previous ten albums has been a mixed bag, to say at least. The band has followed their formula of Keltic rock tinged commercial prog rock with excellent female vocals. First with Heather Findlay and now with Olivia Sparnenn. Bryan Josh does all the male vocals while Ann-Marie Helder (Panic Room) does some backing vocals.

There has been some lineup changes since the Diamond album. That is normal in Mostly Autumn who has never had a stable lineup. Fair enough as the concept has been set in stone long time ago.

Mostly Autumn fans, and I am slowly becoming one, get what they are used to here. Excellent vocals over some dramatic songs and some ballads. They are never gothic and they are never keltic rock enough to be put in any camp. They have got their own style, deeply rooted in the apple orchards in the west counties of England.

Dressed In Voices is a very good album with a couple of very good songs and all around a great listening experience. This is quite a heavy album too with some heavy organs/keyboards and guitars. The music is always a pleasure and this album is one very good album. It is recommended.