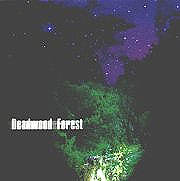 The debut album from this US band who went on to release two albums in total.

I very much liked their second/final album Mellodramatic from 2000. A very good mellotron filled album. And yes, that was a symphonic prog album. To a certain degree, so is their debut album too.

The band was a five piece band here. The lineup was vocals, bass, drums, keyboards and guitars. The sound is very good. A typical US symph prog sound in the vein of Discipline and Kansas. A sound with a bit of an AOR and country'n'western slant too.

The vocals are very good although pretty downtuned in line with the rest of this seventy minutes long album. A very long album with this kind of melancholic US symph prog. There is not much pomp and joy here. The final track, the fifteen minutes long Vital Commentary, is the most symphonic and uplifting track here. The rest is pretty depressive, downtuned.

There are not any really great or even good song here. I have noted that this band has made a vast improvement from this album to their second/final album because this is only a decent album. I find it a pretty dull and uninspiring album. This album is not my cup of tea, I am afraid.