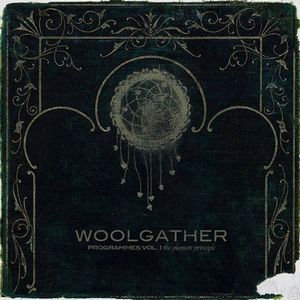 I picked up this album because it was described as crossover prog in ProgArchives. I did not for a second believe that meant what I got here. But crossover prog can also mean the likes of this album. Point taken and some mental notes taken down.

Woolgather is a four piece band with keyboards, vocals, guitars, drums and bass. Nothing really fancy. Their music is a bit more fancy though.

The music here is both emotional and pretty depressive too. It got a lot of piano and vocals in addition to a wall of chugging guitars. This sounds pretty nice.

However; there is no really good tracks here. This album trudges on into the sunset without really taking off into the sky. Hence my rating of this album. A debut album from a band with a lot of promise.