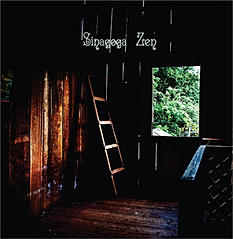 The debut album from this five piece Brazilian band whose album is distributed through Masque Records, Brazil.

The band and label lists a lot of influences on their music. Everything from Weather Report to Yes, King Crimson and Pink Floyd. Well, they may be right. I have my own opinion, though.

The album starts out as...... a bit of Aranis in fact. Yes, that is chamber rock and even RIO. The album moves into a much more music accessible area. Mostly Autumn and the other English female fronted prog bands. The music also moves a bit towards King Crimson too. The Hammond organ like sound is also pointing back towards the great Brazilian prog bands from the 1970s. There is also a jazz feel here although Weather Report is not a reference I agree with. But I would also add a bit Renaissance into the mix. The band also comes across as a bit like The Third And The Mortal too from their all too brief Kari Rueslaatten era.

The sound is great and the vocals is also great. My only gripe with this album is the lack of a great song. That aside, this is a very good album with a lot of very good guitars, keyboards, violins and piano.

In short; get this album from here.