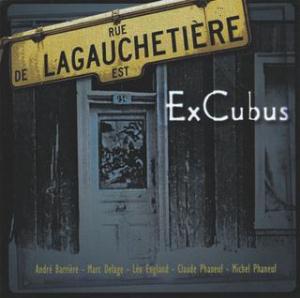 The second and so far final album from this Canadian band. Another fine band in the Quebec scene. A scene that has produced a lot of really great bands over the last fifty years.

Their 2008 album Memoires caused quite a stir and is one of those hidden gems which makes this hobby of mine so interesting and fascinating. Really great music.

This album is a bit of a strange one, though. It starts out as an ELP like album with plenty of borrowing from classical pieces before the band suddenly is raiding Caravan's home turf and runs of with some of their items. Then a bit of a return to symphonic prog again before this album suddenly becomes a jazz album before it finally ends up in crossover and symphonic prog again. The final part of this album is in the Harmonium vein. Confused ?

Well, it is like several albums has been pressed into one album here. An album with five members and five different wills and ideas.

The music though is very good throughout. It has class and it has quality. The rapid changes of direction is a big dizzying though. I would highly recommend both their albums and I will keep an eye on this band. I fear the worst, but I hope they will grace us again with an album or two.