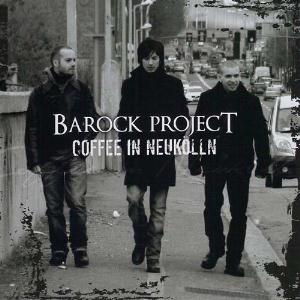 The third and so far final album from this Italian band. A band who has maintained good form throughout their first two albums. Two nearly-there albums.

Behind this rather strange art-work (what were/was they thinking ?), we get a rather big lump of neo-prog. That means, sixty-four minutes of symphonic and pretty eventful neo-prog.

This album and it's basis in neo-prog has incorporated a lot of symphonic prog, jazz and even soul music. Not to mention eclectic prog. There is a heck of a lot going on here. Far more than I am used to in a neo-prog album. It is worth mentioning here that the band is a trio. But they pack a solid punch.

The overall sound is great and so is the music. I am surprised how great this album. An album who goes straight into the top 5 best Italian neo-prog albums of all time. This album is a joy to behold throughout this one hour it is gracing my life. Many times one hour, in fact.