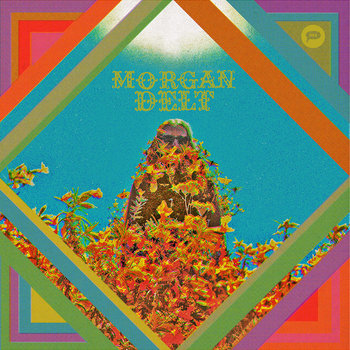 The debut album from this Los Angeles, USA based band.

California is a sunny state and that is very much reflected on this half an hour long album. An album released on Bandcamp, as an LP and as a CD. I am pretty sure the analogue version of this album on LP is a good choice for the vinyl freaks out there.

We are here talking psychedelic rock again. I would say a trippy, electronica and tapes based version of the tape looping experiments The Beatles did on their final albums. Well, from Revolver and onwards. Take some San Fransisco psychedelic rock and electronica too and you get this album.

Some of the songs here are really good and very much enjoyable. Most of this album is really enjoyable. Well, the whole album in fact. This is not my everyday type of music. But I really like their music. Music performed with computers, vocals, guitars, drums/drum-machines and bass. The vocals are very dreamy. The songs are short and to the point.

This is a good album in my estimation and well work checking out on this link.