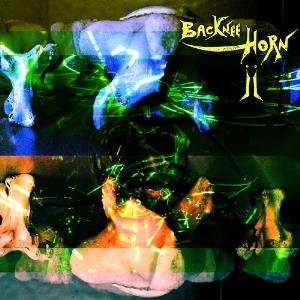 The second album from this Israeli band.

Their debut album really impressed me. First of all that there is a krautrock band from Israel. Second of all because their hypnotic music on the first album was really good.

The band more or less continues down the same path on this album. The same hypnotic, purposeful type of krautrock again. They reminds me a bit of the house/ambient band The Faithless here. Not at least on the vocals delivery and some of the more ambient soundscapes.

And Backnee Horn are sailing pretty close to that ambient whatever it is called scene throughout this ninety-six minutes long album. It is very ambient at times. But it still has a great deal of substance and contents.

This album is not as good as the debut album. It is still a good album where half of it is really good. It is still a grower and I may value it higher in the years to come. Keep an eye on this band as I am pretty sure they have a great future.