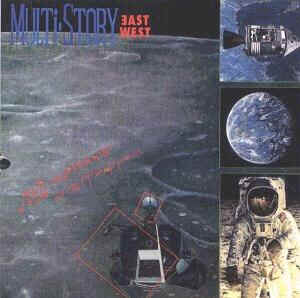 The debut album from this UK band who released two albums before they split up.

UK is the home of the neo-prog scene with bands like Pendragon and Marillion leading this scene. Behind them again, we have a lot of bands. Bands who did not really make it because of either lack of quality and/or the lack of label support.

Multi Story is one of these bands in this jungle. A jungle who now sees a lot of re-releases. This album is not one of them. I picked it up in a second hand sales shop in Glasgow. Pennies well spent as this is not a bad album. We get 1980s neo-prog here in the more pop rock end of the scene. The vocals, bass, drums, guitars and keyboards are very light and there is not many symph prog influences here. This is verse-chorus-verse terrain.

The end result is a decent to good album which will forever remain an obscurity. That unless this world really goes mad. Which is not likely. For neo-prog fans only.