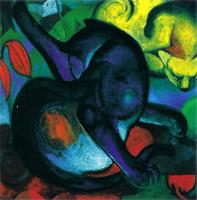 The debut album and the only album so far from this Israeli band.

Some albums are so diverse that it is almost impossible to review them. This is one of those albums. It is based in folk rock... or rather baroque folk rock. Take a solid dosage of classical music and symphonic prog too and add a big dash of King Crimson. Add the likes of English folk rock and Aranis too. The end result is somewhere near this album.

The music is very much softly spoken and almost shoe-gazing. Less is more is the motto on this forty minutes long, very dense album. The music is performed with a lot of acoustic guitars, all kinds of woodwinds, drums, percussions and vocals.

The music is both naive and eclectic at the same time. The woodwinds almost gives this album a hippie feeling. The smell of cider and English apple orchards is very much in the air.