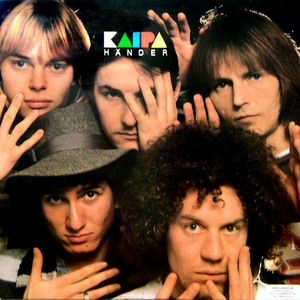 The fourth album from this Swedish band. One of the pioneers in Scandinavian progressive rock and one band I am a bit fascinated by.

Their three first albums were pretty good albums. The year was 1980 and the prog rock scene was pretty much dead and buried. Roine Stolt too had left the band and the art work tells the story about a band who had gone mainstream rock.

Take a slice of ABBA and Swedish rock. This is pretty much where this album can be found. Maybe not so much ABBA as Swedish rock. But the music here is slick and suffers from all the ills of the post-punk and the post-prog era. The drums, Swedish vocals, bass, keyboards and the guitars offers up little to nothing of any interest. The verse-chorus-verse songs here are pretty dull. Even the instrumentals are not that good. This is a weak decent album which barely avoids being thrown into the house where my turkeys lives.