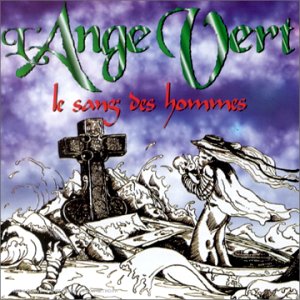 This band plays an energetic form of folk rock. They have been compared to Gwendel a lot. Which is a good comparison. OK, to put it into my own words though.... The music here is lush folk rock. It both has influences from punk, French symphonic prog (Read: Ange) and celtic folk rock.

The band is from Brittany and that area of France has a very strong celtic folk music tradition. You can include this band in that tradition although the band has mixed in a lot of rock into their folk music. The music is performed with flutes, guitars, bass, drums and some other acoustic instruments. Most of this album is indeed acoustic. Add some very good vocals to the mix too.

This album is hideous long, clocking in at well over an hour. But you get a great deal of value here. Almost a bargain if you love this type of music.

And the music is good throughout. My only gripe is the lack of any great songs. The overall quality is good and the album is for sale at Amazon. I think it is a good purchase and well worth checking out.