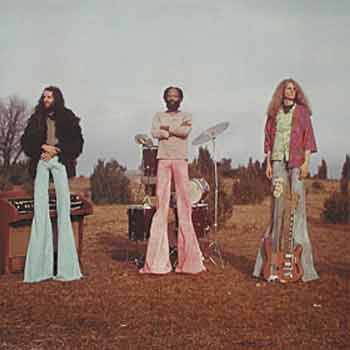 The second album out of in total three albums from this German band.

This band was, as the artwork alludes to, a three piece band with drums, keyboards and guitars. Their debut album was not a great album to say at least. I did not like it.

On their second album, the band did a lot of music explorations in the musical territory between Soft Machine, krautrock and avant-garde jazz. I would say they have 1/3 of each area on this album. The music is pretty dynamic and offers up a lot of interesting details. The avant-garde bits makes a lot of sense here too and complements the remaining 2/3 of the album.

The overall quality on this half an hour long album is good throughout. It is an interesting album to say at least. The songs are not great, but it is still worth checking out this band and album if you fancy the music styles I have listed above.