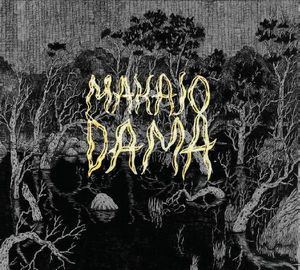 The first and so far only album from this Swedish combo who was an off-shot of Gosta Berlings Saga before they attracted new members and released this album.

The band's lineup is cello, violin, bass, flutes, guitars, drums and keyboards. That says something about this album. A wholly instrumental album, the whole hour this album lasts.

Take a mix of King Crimson, Aranis and Univers Zero. That is the essence of this album. The cello, flutes, violins and (the often distorted) guitars is leading the melodies here and solos. The music is pretty laid back throughout with a lot of the Swedish folk music vibes too although these are not clearly pronounced throughout this album.

I am by no means a fan of instrumental albums and I have to admit that this album fails to excite me on all levels. There is no real good melodies here and the solos fails to ignite. This is an album which works as background music and nothing else. Put it in a shopping mall and it may excite people there in between the pastries and wine racks. It does not work in my humble abode. It is nevertheless a decent album.