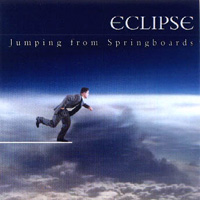 The so far one and only album from this band from Brazil.

The band is listed as a symphonic prog band in ProgArchives where they caught my attention. In a broad sense, they are a symphonic prog band. The sound is very neo-prog though. You get the typical guitars, keyboards, bass, drums and vocals. You get both female and male vocals here. The vocals are in English. Then we also gets some flutes too on songs which reminds me about Jethro Tull.

There is a lot of various styles and genres on this, their debut album. It is an album where the band explores themselves and want to find out what is working and what is not working. I note a lot of folk rock influences on the first songs before the album turns into a more gentle direction with a lot of laid back jazz and rock.

Bands like Bacamarte and Index has been mentioned as a good reference to this album and this band. I agree. There is a large whiff of South American prog rock on this album. But I am not finding many really good songs here. The title track is a good song. The rest not so. This is an album between decent and good. Hence my rating here.