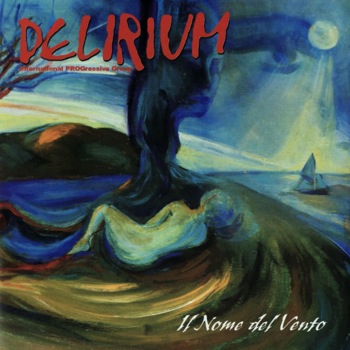 That means this is off course a comeback album as their last album was released 35 years previously. And the band toured this album too. I got a DVD and CD with their gigs from this period.

Delirium was one of the leading lights in the Italian progressive rock scene back in the 1970s. They were more light weight and commercial pop orientated than the likes of Banco, PFM and Le Orme. But they were very popular and their Jesahel song is an evergreen in the history of Italian popular music (despite of this being a song from an English band).

So this is their final paycheck, then ? Well, there is no money to be earned on music anymore. Not in 2009 and not today. I suspect the band returned to refresh good memories and to prove several points. Whatever these points were, they have been proven.

The music is pretty jazzy, funky and symphonic. Gone is the pop element from their past. Delirium were a six piece here with bass, drums, vocals, sax, flute, guitars and keyboards. They were helped by Sophya Baccini and Stefano Lupo on this album too. I think Sophya were a part of their live lineup too. I have seen pictures...

The end result is a very ambitious and complex album. It does not have the great songs. But it is still a very good album and perhaps their best ever album. If I say it is not, I am in a minority. I think everyone agrees they have proven a point with this album. It is well worth checking out and it is a very good album by all means.