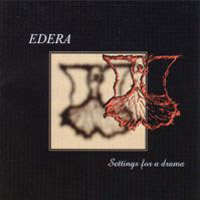 The debut album from this Italian band who so far has released three albums.

We are again in a progressive rock mood. Not to mention; in this territory. The setup is the typical neo-prog setup with guitars, keyboards, drums, bass and vocals. English vocals, that is. Which is a bit of a pity, really.

I think the band would had done themselves a big favour if they had made this album with Italian vocals instead. The reason is that this album is not really an album with a great deal of identity and individualism. The music is somewhere between neo-prog and pomp rock. The material is pretty soulless and safe. The band has had a listen to some Marillion albums, has found the formula and has followed it without much of their own souls and personalities. There is nothing from Italy on this album and it could had been released by a band from York in Yorkshire for all I know. Sometimes, identity is a very good thing. This album proves that.

There is no good songs here and only a few good stuff here who saves it from the turkey yard. The vocals is at least good although the words are in the wrong language. I also like the piano a lot. That aside; there is not much joy to be found here. It is a decent album though.