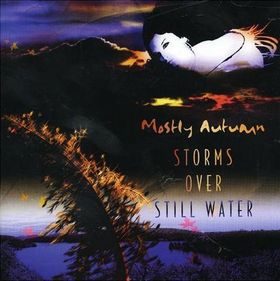 Mostly Autumn is most of all known as one of the first celtic prog bands. Their music is heavy rooted in both English and celtic folk music. Add neo-prog and you get their sound. Their music is very potent and has spawned a full genre worth of other bands.

Storms Over Still Water is in many ways a pretty much middle of the road Mostly Autumn album. The album is full of really good songs. Heather Findlay and Bryan Josh shares the vocal duties. They are backed up by a lot of synths, guitars, bass and drums. Troy Donockley shows up on one of the tracks with his ullian pipes.

This album is very much songs based with the exception of the more dreamy landscapes on the title track. A track very untypical for this album where the rest of the songs are very much verse-chorus-verse and straight to the point.

The result is not the most interesting album. In particular when it does not include any great songs. The band is threading water here, it feels. I still like this album. A good album in my view.