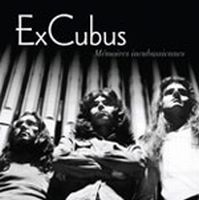 This band were previously called Incubus and they were pretty big on the gigs circuit between 1970 and 1974. They recorded four tracks and then broke up. The band reformed again in 2007 and were finally offered a deal by a local label. This album includes those four tracks and four new ones. The album is split into 1974 and 2008. Appropriate enough, I would say.

The band has been put in the heavy prog genre by ProgArchives and that did not give me much hope. But I was much mistaken. Hope, there is plenty here.

Their use of church organs and the ELP keyboards sound is really great here. The 1974 tracks has a bit of a bad sound though. They feel like 1974 and they are indeed that. The setup back then were keyboards, bass, drums and guitars. These are still good tracks and pretty enjoyable.

The 2008 tracks has some vocals and is very much keyboards focused in the vein of Keith Emerson. We get a modern take on ELP in many ways. Great keyboards and a great symphonic prog feel throughout.