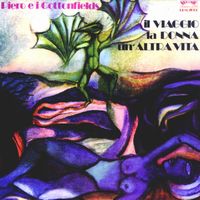 This band were fronted by the vocalist Piero Cotto. He and his very good vocals are supported by bass, drums, sax, flutes, guitars and keyboards here.

... And yes, we are again in the Italian prog rock scene. Although not quite progressive rock. This is much more a pop/rock album. Traditional Italian pop/rock, that is. That scene were very different from the English and the American pop/rock scene at that moment. Or for that matter; the ABBA dominated Scandinavian scene.

What we get here is pop/rock with a great deal of folk music included. It is based on Italian folk music with a Latin feel. A lot of choirs and football terraces like choruses. It is as modern and relevant as a cassette player in today's Ipad and MP3 dominated world. It feels a bit odd and you really have to be a big fan of this scene to really enjoy this. I am not.

The result is forty minutes with very good vocals and not particular good music. It is nevertheless a decent album.