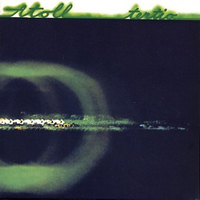 This is the third album from this French band who really never found their style and sound.

On this album, they are pretty much rooted in the British symphonic prog scene. Some would even call this neo prog as the sound is neo prog. But they released this album many years before the neo prog scene was born. References are Mona Lisa and Ange though. That is if you remove the more theatrical sound of those two bands. Add Genesis and you get this album. A couple of the songs also takes a detour into krautrock. Interesting, to say at least.

The music is performe with the usual keyboards, guitars, bass, drums and French vocals. All this is good and well. The music is at times very good and it proves that this band was a great band in their time. Most of the music here is very good. Unfortunate, it never rise above that level. Those into French prog should check out this album though.