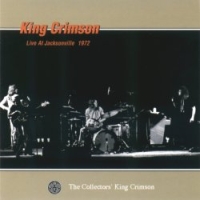 This is one of the many fan club live albums King Crimson has released. A very interesting series of live album. They are off course essential for any KC fan. For the rest of us... well. Anyway, I got a lot of them as I consider KC as one of the most important bands of all time. Reviews to follow during the next years.

This album was recorded during the Islands tour. The sound quality is pretty poor. It is passable, though. The line up was Robert Fripp, Mel Collins, Boz Burrell and Ian Wallace. The band loosely delivers the songs according to how they were released on their respective albums. There are a very good guitar solo and some good saxophone playing here. The rather poor sound quality destroys the rest of the enjoyment.

This is a decent to good live album though which should be checked out. Also by others than KC fans, that is.