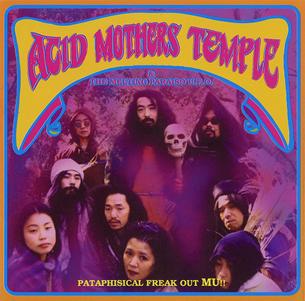 The second album from this Japanese space rock band. The second album in around 52 studio albums. Which says a lot about this band. 52 albums and the band even charges money for their albums. They also tours a lot.

This album is a 70 minutes long jam where we find a lot of distorted guitars and not much else. The distorted guitars is supported by some sort of drumming and bass. Both all over the place and not much thinking has been put into this. My guess is plug in, run the tape and release the result. No second takes and no structure.

I got their latest album Son Of A Bitches Brew and I get the feeling that this is the same album. There are some pieces of corn among the sand during this 70 minutes long album. But not many enough to feel that I have been a bit cheated. Unless space jams from outer space with distorted guitars is your thing; avoid this album.