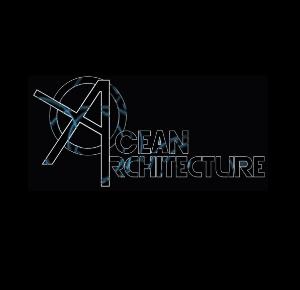 Ocean Architecture takes a stab at everything on this, their debut album. A Name Your Price album.

Ocean Architecture is a band set up by at least one Until Sunrise (a post rock band, if not mistaken) member and some others who wants to broaden their horizons. Which it is fair to say they have achieved on this album.

Take some hardcore with ditto vocals, some folk rock, prog metal, some jazz, some melodic AOR, some post rock and some classical music. Mix it together on one album. Yes, it sounds like confusion and some of this album is a bit too many styles converging on one plate. It is progressive music though.

The end result is a good album which will please people more young at heart and in their birth certificate than myself. I find the band guilty in trying out too much and being very progressive in their philosophy and music. Some of the music here is very good though. But the hardcore vocals is not to my liking and scares me off a bit. I awards it a weak three pointer and suggest the band should continue their good work. But not in my retirement home where their music has an unsettling effect on my rocking chair.