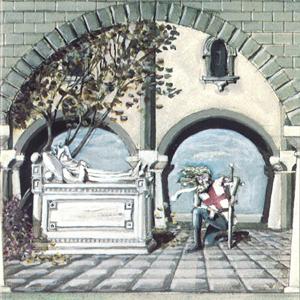 The debut album from one of the better Italian symph prog bands from the 1990s.

That means a lot of intricate melodies with flowery, strong Italian vocals. Excellent vocals, to be more precise. They are supported by keyboards, guitars, bass, drums and some violins. The sound is a bit dry, though. A bit warmer sound would had been a good thing.

The album is great from start to finish. The songs are rather long. The mighty thirteen minutes long In un Vecchio Castello is a superb song which takes in the best of the  Rock Progressivo Italiano genre.

This is in short a great  Rock Progressivo Italiano album which is a must have for fans of this genre.