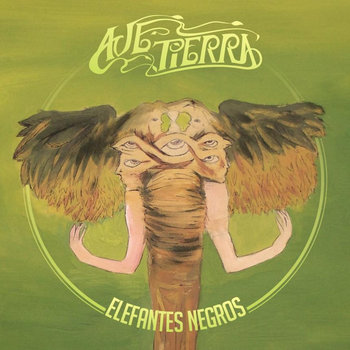 The debut album from this Argentine band. They released the Fuegos EP back in 2010 though.

Ave Tierra is situated in the hard rock/hard prog landscape. Take a lot of blues, some jazz, some latin rock, raspy Spanish vocals, some King Crimson and some Led Zeppelin and you get this album. This album is very much a return back to hard rock anno 1970-71. Elefantes Negros is not an all out hard rock attack, though. There are also some acoustic and more pastoral pieces here.

The music is performed with plenty of guitars, bass, drums and some keyboards. That and some very good vocals. The result is an album in the South American prog/hard rock tradition. Not to mention the Spanish tradition with Medina Azahara. The ethnic flavours are strong.

I am not entirely won over by this album. The lack of any great or even good songs are a bit of a problem for me. This album is bubbling just below the surface for me as South American hard rock is not really my cup of tea. For those into this kind of music, this is very much a worthy download from a band I hope we will hear a lot more from.