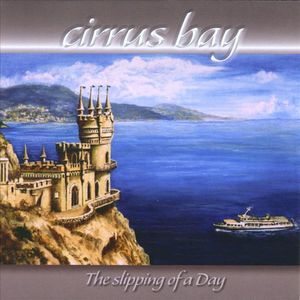 The debut album from this US band who earlier this year released their third album.

Cirrus Bay was originally a two man acoustic duo and branched out to a neo-prog band on this album. An album with one leg in flowery acoustic music and the other one in a more melodic symphonic prog landscape. There are both male and female vocals on this album. The vocals is supported by cascades of keyboards and some guitars. Supported by the usual bass and drums, off course.

This album feels like a transitional album from A to Z. The result is an album with a pretty uninteresting first half and a much improved second half. The first half is flowery rock with new age connotations. The second half is much more focused symphonic. The end result is a pretty unimpressive album which shows a lot of potential but not a lot of substance. I hope their other albums is an improvement on this album.