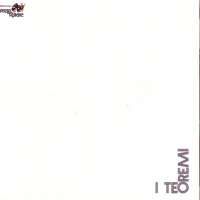 One of the many one album wonders Italian bands from the 1970s. Nothing has ever been heard about this band again after they disbanded.

I Teoremi was making music somewhere in the border area between Led Zeppelin and the Italian prog rock scene. The music is Led Zeppelin like with Italian lyrics and flavour. The music is pretty intricate though with rampant bass, guitars and drums. The vocals too is pretty rampant. Very good vocals, though.

The result is a pretty decent to good album without the really good songs, but still with some good stuff on it. Mostly the rhythm figures the band comes up with and the very good vocals. I would not really label this as a good album though. But those interested in hard psych and hard rock from Italy should really check out this album.