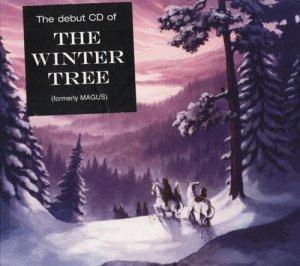 A kind of a new start from this band who previously called themselves Magus. They released five albums under that name. I am not sure why they changed name. But I guess a new lineup is the reason. I also believe they have changed musical direction. Magus was often mentioned as a Porcupine Tree copycat. That is not the case with this album.

Andrew Laitres is still the driving force in The Winter Tree as he was in Magus. The music is a mix of AOR, neo prog and folk rock. Very melodic and very pop-rock at times. The lyrics is also down to earth with love and hate as themes. No outer space experiences on this album.

The music is pretty much drenched in keyboards with guitars playing supporting role. The vocals are good. The sound is good and so is the melodies here. That makes some pretty enjoyable listening sessions and I find a lot of small details I appreciate. The keyboards are pretty rampant and threads where few keyboards dare to thread.

In short, this is a good new start for this band and I am looking forward to listen to their brand new album.