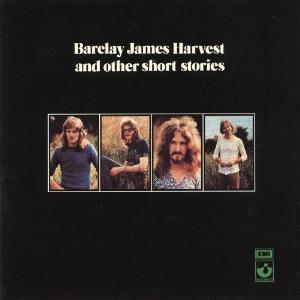 Their third album and the follow up to the excellent Once Again album.

Barclay James Harvest has been described as a poor man's Moody Blues. I would describe them as development of The Beatles and their more mature songs. Stuart Wolstenhome's mellotron is very much the four corners of their sound. John Lees vocals is excellent.

Those who loved that album will find a lot of joy in this album too. Their BJH And Other Short Stories is not in the same class as Once Again, though. Very few albums is that, though. This album is again a grower and one which require some time. The orchestral sound is pretty big here. Songs like Blue John Blues and The Poet is the opposites to each other. The first one a hard hitting infectious excellent song. The last one a pastoral, poetic ballad like son with the full orchestral treatment. Before these two songs, the best of this album, we get treated to some excellent rock. And actually..... Ursula is the best song on this album. I am having problems deciding the best song on this album. A bit of a luxury problem. The rest of the songs are great too.

This is a great album which has convinced me that this is a band I should explore more.