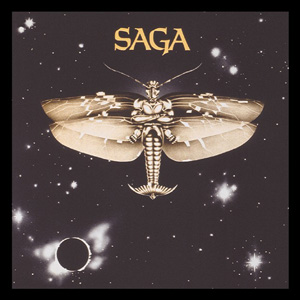 Music has the unique ability to bring back memories, good or bad, from your childhood. In my case; this album takes me back 25-30 years and 1500 miles north-east from where I am now to a small house in a small valley in Norway when I heard this album for the very first time. It struck me like a bolt from the blue. The guy who lent me this album, a cassette no less, offered it to me for what is now £ 5/$ 10. I did not have any money so I asked my parents. They refused because they did not understand music and viewed it as satanic noise. But I still loved it and in particular Climbing The Ladder track. That was the end of that matter and the beginning of my lifelong interest in epic, symphonic music like for example metal and progressive rock. We sold the house ten years ago to that young guy who had taken over a farm nearby. That farm went bankrupt, we lost touch and I moved to Scotland. My parents are still alive, but I have not visited that small valley, which once was my paradise on earth, for over fifteen years. ...........And two years ago, I finally bought this album. Was it as I remembered it ?

I have grown older and a lot of wiser, I would like to think. I now acknowledge that this album has it's flaws. But it is still a great album, although it has borrowed a lot of stuff from the likes of Human League and other nasty synth-pomp-pop bands. I still like Climbing The Ladder, although that too has lost it's shine during the last decades. I now like the sublime good Perfectionist and the closing track Tired World best. That is one superb track. There are also bits and bobs of other tracks I really likes a lot. But this album has not aged gracefully, I am afraid. Too much one-dimensional for my liking. The same can be said about Saga as a band. Their sound is too one-dimensional for my liking. Too much pop-music. Which is my major problem with this album.

But I still listen to this album a lot. Despite of this; it is only a three star for me. Beware of the memories....