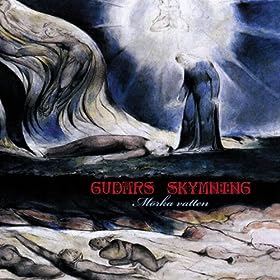 Black Widow Records is a prog/occult/metal label. But this album, unless the band is members of some black circle, is pure blues. Heavy blues, that is. Marketing and promotion wise, this is not a good solution for the band at all. As a regular purchaser of Black Widow albums, this album just feel so wrong.

Blues it is, then. The music is not particular exciting. Neither is blues as a genre. A genre overcrowded with decent bands that it has become a joke anno 2010, I am sorry to say. This album is very much following that trend.

Morka Vatten is an album with generic blues songs and is as exciting as crossing the Sahara Desert, bare footed. But there are still some quality here. Hopeless, this album is not. Neither is it any good. A decent album, but nothing more.