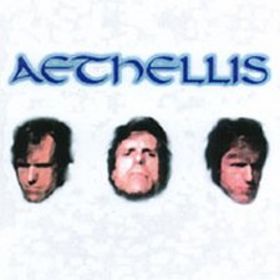 The debut album from this one man US neo-prog band. Aethellis is the vehicle for Ellsworth Hall.

Six songs, forty-seven minutes is what we get here. The music is keyboards dominated and the sound is the typical British neo-prog sound from the 1990s. The vocals reminds me a lot about Neil Tennant from Pet Shop Boys. The main difference is the accent. The vocals are sufficient for this music.

The music is a bit light weight with emphasis on hooks. But hidden behind these hooks, the Ellsworth Hall seems to have aspirations of going down a more symphonic prog route. Listen to the final track Final Affinity and you will get what I mean. But before that final track, we are treated to some hooks based music in Saint Augustus and the overly sentimental piano ballad Portal. The rest is a mix of ballads, hooks and some symph prog like workouts.

The quality is good throughout. It is obvious that  Ellsworth Hall has ambitions with this band. Ambitions not fully played out on this album. A new Aethellis album was released a while ago and I hope these ambitions has been played out there. I have just purchased this album and I live in hope. But this, the 2003 album, is a good album.